This machine is essentially composed of five parts:
The combs keyed on the dragging chains that convey the stationary material on the upper part of the grid.
The supporting frame of the grill completed with fixed rack.
The dragging chains, formed by two closed chain rings, generally in steel, on which the combs are keyed.
The gearmotor group, on which the crankshaft is directly keyed to allow a more uniform transmission of motion.
The discharge hopper, suitable for conveying the screened material into a container, suitable for containing it.
Functioning:
Through the lower rack; immersed in the liquid to be treated, the grid keeps the solid substances. The combs that are fixed to the dragging chains have the function of removing the solid substances still on the rack.
Once the unloading point is reached, a special system of levers removes the solid residues from the combs making them fall into the unloading hopper.
The height to be reached is always indicated by the customer, given the multiple functional location and the different distances that can be reached with these particular machines of our construction.
The advancement of the chains is continuous, however, should a particularly rigid solid residue of such size as to block the movement of the combs reach through the water supply channel, the geargimotor equipped with an adjustable automatic clutch prevents the shaft from breaking. and of the gearmotor itself, stopping the mechanism.

To receive additional information or more extensive documentation, fill out the contact form and one of our representatives will provide you with the necessary support. 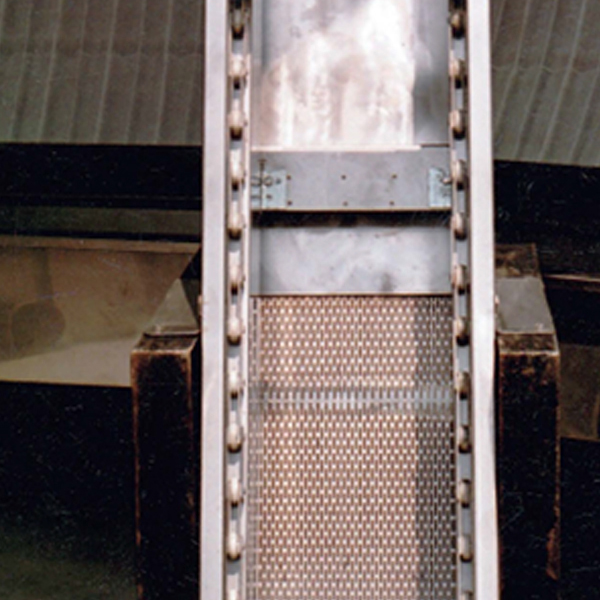 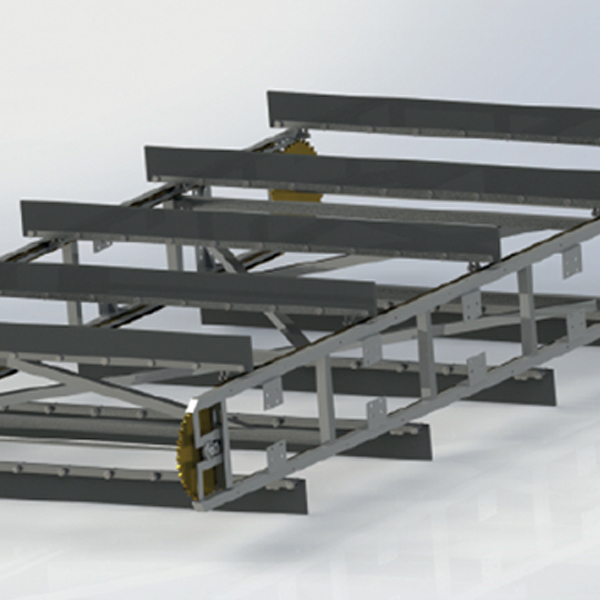 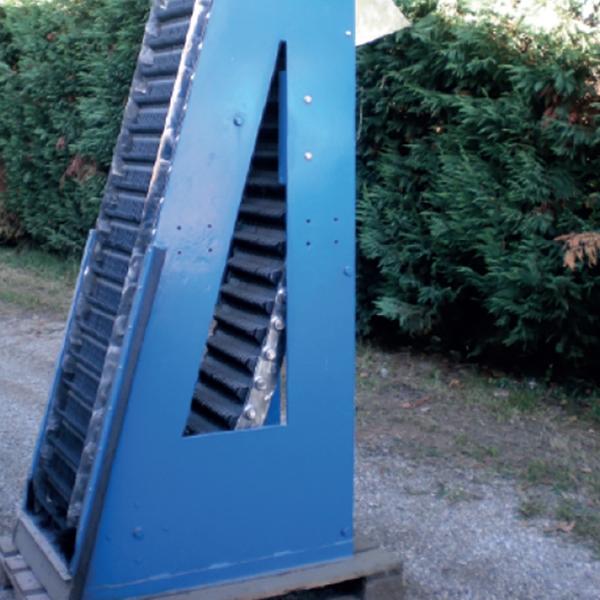 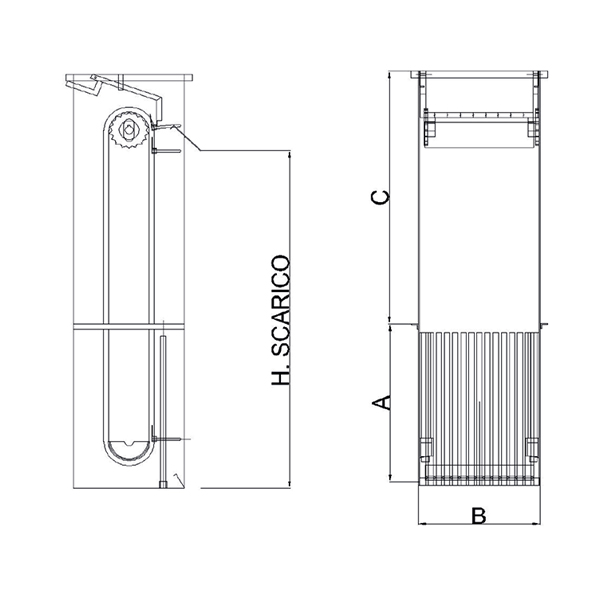